I have been to the National Museum of Modern Art, Tokyo the Crafts Gallery. Mutsuo Yanagihara 's work was very original.

Mutsuo Yanagihara is a famous potter in modern Japan. He is a Professor Emeritus at Osaka University of Art.

He uses silver or gold for his pottery. It is influenced by traditional Japanese painting¬ that use silver or gold -Rinpa. Also, he loves Oribe pottery.

He learns potter at an art university in kyoto. Kenkichi Toyomoto-famous potter taught him in modern japan at that university.

He has been to America several times. He has worked at University in America. So he had influenced by modern American art-vivid color and form.

1974 Returned to Japan, holding many solo exhibitions around the country

At the National Museum of Modern Art, Tokyo, the Crafts Gallery, we can see several pieces produced by modern artists, including bearers of important intangible cultural property.

Lucie Rie did not has "biscuit firing"in her later works

At Lucie Rie A Retrospective, In her later day interview, Lucie Rie said she did not has "biscuit firing."

She just dried her pottery, glazed and dried it, then fired. So the glaze and clay have less fit. As a result, the glaze becomes thick and glassy.

Also, old Imari ware did not have "biscuit firing." So the glaze and clay fit less. The glaze becomes thick and glassy.

Lucie Rie is sometimes said to be oriental. I like her work very much.

The special feature of Old Imari ware"a lot of glaze"

The Japanese started producing porcelain in the Arita region of Saga Prefecture in the 1610s. It was shipped throughout Japan and abroad from the port of Imari. It is known as Imari ware around the world. Now Imari ware is still popular.

The unique feature of Old Imari ware is

"a lot of glazes"

Imari ware did not have "biscuit firing." So the glaze and clay have less fit.

The glaze becomes a kind of mass. The glassy mass of glaze looks beautiful by reflecting light. It seems "a lot of glaze"

I visited Kaki-emon Kiln in Arita last holiday. At the Kaki-emon museum, We can see the 13th, the 14th, and the 15th, Kakiemon Sakaida. I prefer the 13th to the 14th(ex-the head of the Kakiemon family).

Yesterday I read a book(現代陶芸家列伝) about famous potters in Japan. In that book, 13th said 14th(ex-the head of the Kakiemon family), "Paint white space!"

I prefer 13th because of white space of his porcelain is beautiful at the Kaki-emon museum in Arita.

Also, You can see Kaki-emon porcelain within some period at toguri-museum in Tokyo. 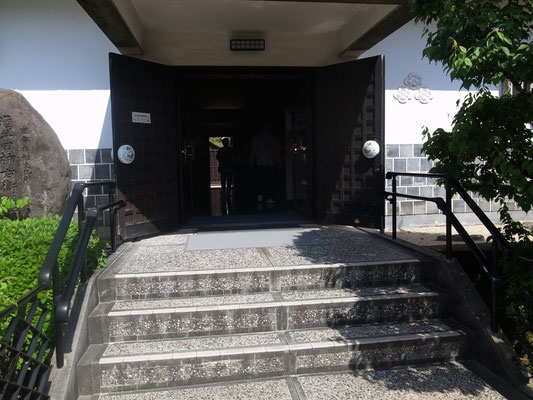 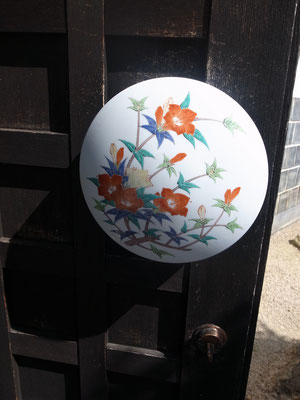 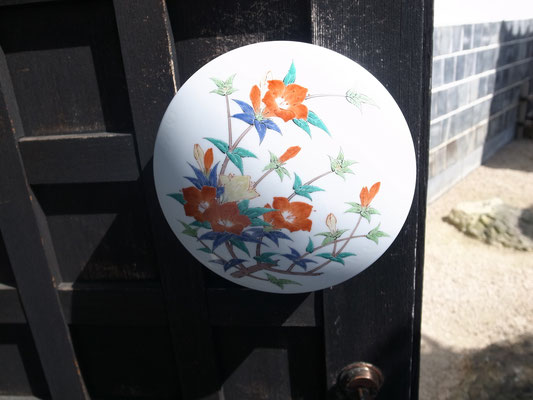 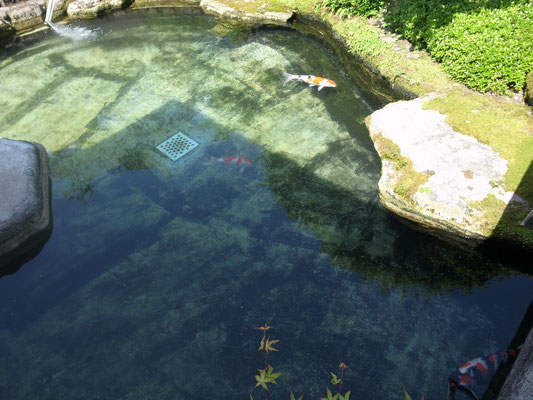 How to make West African pottery!?

Teacher was Machiko Ogawa. She is a famous artist.

Her pottery is sold out at her exhibition in Tokyo.

She has been to West Africa for several years with her husband. She makes her pottery by the technique of West Africa.

How to make West African pottery

1 prepare the pottery that is the ball size.

3 beat clay with a stick and stretch it out

Often flower petal decorations are made for white dishes.

This Decoration is very feminine and delicately beautiful. 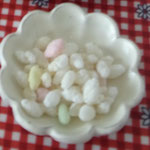 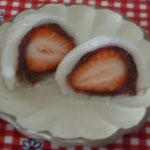